If you want to disagree with me about whether being fat causes chronic diseases then please read this article. And this one. And finally this one. Once you have critically appraised all three of these articles, and checked out all the studies that are cited, then we can talk.

Until then, why do you need to see proof of my “metabolic health panel”? Exactly how will this add to the conversation?

First of all, I’ve never heard of fasting insulin. That’s not a test that we do in the UK. Second of all, what the hell has my vitamin D and CRP levels got to do with anything? People on social media, please stop thinking you know anything about medicine because you saw something on YouTube or you did a quick Google search. And if you aren’t a doctor, it’s probably not a good idea to talk about doctoring to an actual doctor. Because you’re gonna end up looking pretty stupid when we point out the 100 different ways in which your uninformed opinion is wrong!

But setting all this aside do you see what is going on here? This is such an ad hominem response. Their reaction is directed at me as a person instead of the position I am trying to maintain. I say being fat doesn’t cause disease. They say prove it by demonstrating that you are healthy. A “metabolic health panel” doesn’t prove that I am unhealthy. And my health has absolutely nothing to do with the point I am trying to make.

But undermining me as an individual is a big part of discrediting what I stand for. And not only is that bullshit, but it also part of the “good luck with your diabetes trope” that I have absolutely zero time for.

Since when has illness shaming become a thing?

Honestly, when did humanity decide that it was OK to make someone feel bad for being diagnosed with an illness? And where do we draw the line? Is it all illnesses, or just the ones that society associates with fatness? You wouldn’t shame a person for having Motor Neurone Disease because that would be cruel. We all know someone who was diagnosed with cancer, so we would never blame them or shame them either, would we?

How about walking up to a person about to hook up with someone and shouting “good luck with your Gonorrhea”? Because the etiology of diabetes is complex, and the greatest risk factor is genetics. Also, plenty of thin people get diabetes. Same with lung cancer. Not everyone who gets it has a history of smoking. The majority of people with cirrhosis (or chronic liver failure) will have a history of excess alcohol.

But here’s the kicker folks. You can’t catch Gonorrhea unless you have sex without a condom. So Gonorrhea is completely preventable whereas diabetes is almost impossible to prevent in the long term. But you never see those bodybuilding wellness types on Instagram shouting “good luck with your Gonorrhea”.

Why? Because they almost certainly have zero issues having sex without a condom. In fact, I’m willing to bet most of them would prefer to, and many of them have done so. Which just makes them ignorant, arrogant, fat hating hypocrites if you ask me. 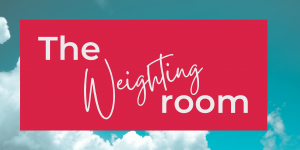